This the multi-page printable view of this section. Click here to print.

Return to the regular view of this page.

The DreamFactory platform is built atop the Laravel framework. Laravel is an amazing PHP-based framework that in just a few short years has grown in popularity to become one of the today’s most popular framework solutions. There are several reasons for its popularity, including a pragmatic approach to convention over configuration, security-first implementation, fantastic documentation, and a comprehensive ecosystem (in addition to the framework itself, the Laravel team maintains a number of sibling projects, among them an e-commerce framework called Spark, an application adminstration toolkit called Nova, and an application deployment service called Envoyer). Regardless, like any application you’re going to want to learn all you can about how to best go about maintaining and securing the environment.

CORS (Cross-Origin Resource Sharing) is a mechanism that allows a client to interact with an API endpoint which hails from a different domain, subdomain, port, or protocol. DreamFactory is configured by default to disallow all outside requests, so before you can integrate a third-party client such as a web or mobile application, you’ll need to enable CORS.

You can modify your CORS settings in DreamFactory under the Config tab. You’ll be presented with the following interface: 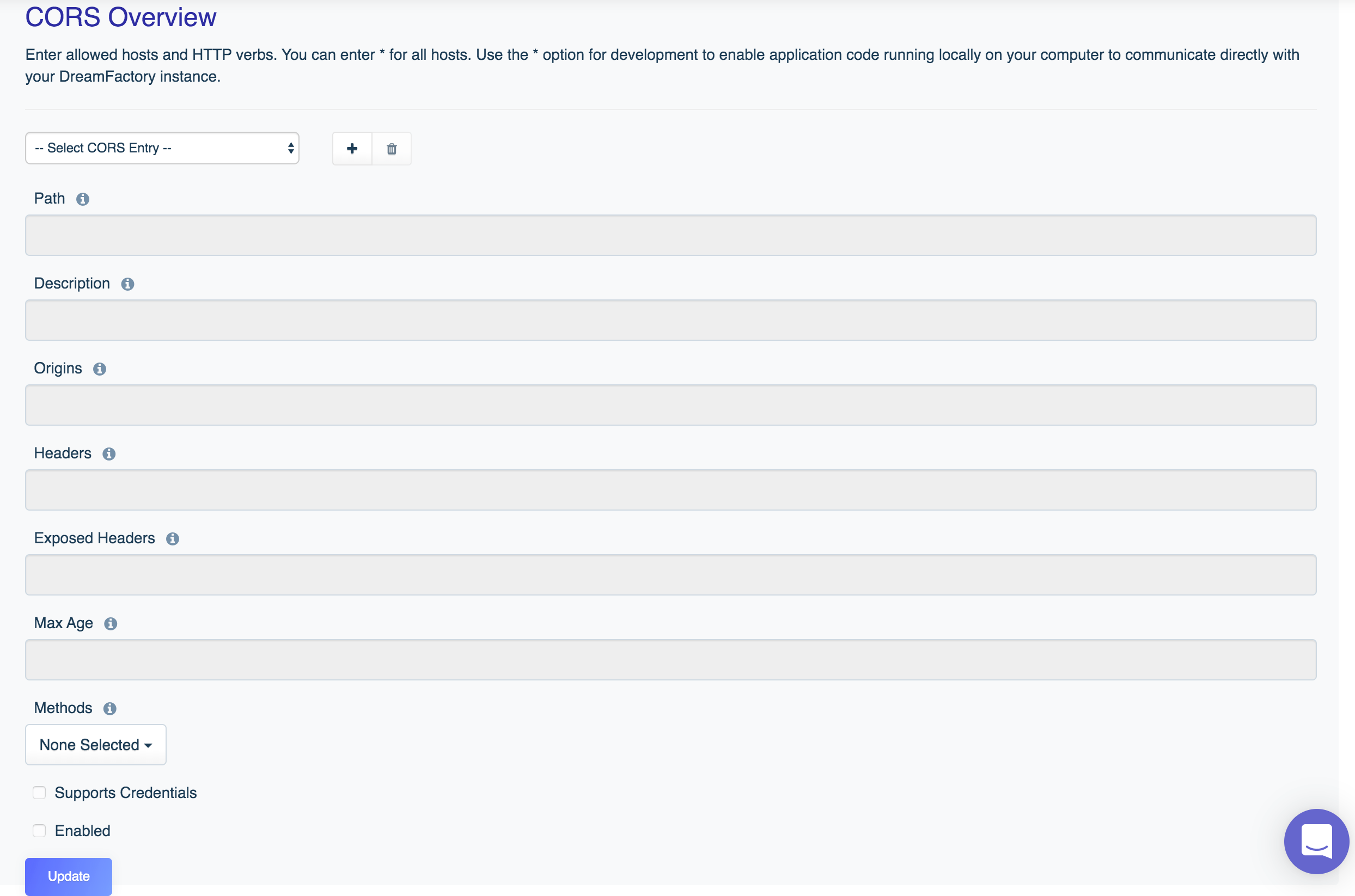 Always make sure your CORS settings are only set for the appropriate “scheme/host/port tuple” to ensure you are observing the maximum security you can by only allowing cross origin resources access when there is no other way around it. For a great explanation of CORS, refer to these articles:

Environment this installation is running in: local, production (default)

Separating the Web Administration Interface from the Platform

For database-backed APIs, create the API using a database account privileges that closely correspond to your API privilege requirements. For instance, if the database includes a table called employees but there is no intention for this table to be accessible via the API, then configure the proxy user’s privileges accordingly.

Never use a blanket API key for your APIs! Instead, create roles which expressly define the level of privileges intended to be exposed via the API, and then associate the role with a new App and corresponding API Key. Don’t be afraid to create multiple roles and therefore multiple corresponding API keys if you’d like to limit API access in different ways on a per-client or group basis.